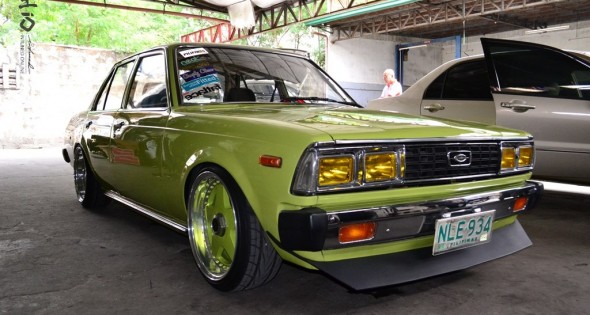 Passion is defined as any powerful or compelling emotion or feeling, as love or hate. It is important that we clarify the definition of passion as this is a drive that every true car builder is blessed with. Building cars without passion is like living without breathing and it just does not work. The automotive scene for the most part around the world is a close group of people bound by our passion for cars.

A tremendous challenge for any car builder will always be the ground up restoration and although it can be a daunting task a builders passion will push them through to completion and the reward can be un-measurable. This is where our feature car begins, we wanted to introduce you to 'Artee' a 1979 Toyota Corona RT130 which was kept from becoming scrap metal and turned in to a work of art on wheels.

'Artee' was to originally be a Corona Wagon but since the owner could not find one the Sedan would have to make due. The goal of the restoration was to make a clean stand out car which would separate it from the other restored Corona's. This build kicked off with a complete tear down of the car before starting the process of preparing the body; everything from the interior, chassis, windows and engine were all removed to ensure nothing was in the way for the first stages of bodywork.

The exterior was completely worked over from the engine bay to the tail lights and everywhere in between. A Toyota moon roof was added to the Corona to give it a more modern appearance. As the project progressed it began to take the form of a car again as each piece was re-installed on the vehicle. The original 12R engine also received a rebuild before being bolted down in the engine bay once again.

The interior was re-upholstered in a custom pattern that suited the build, a customized fiberglass steering wheel was also added as the icing on the cake. After trying out different sets of wheels 'Artee' received a set of RIAL Wheels 17x8.5 all around color matched to the vehicle. Although hard to believe the '79 Corona is sitting on stock springs and shocks.

This build is truly inspirational and if there's one thing anyone should take away from this is that next time you're at an event, meet or show. When you see a car that's been built or modified bumper to bumper, take a second and think about the hours and effort put in to that job even if it's not your style and remember to show some respect. 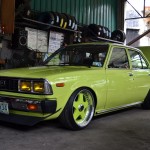 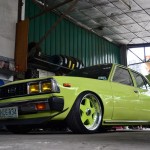 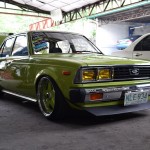 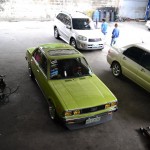 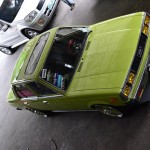 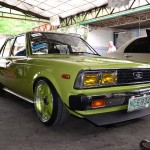 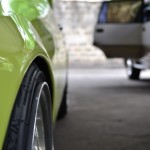 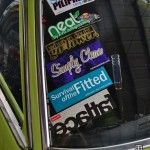 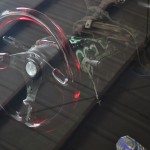