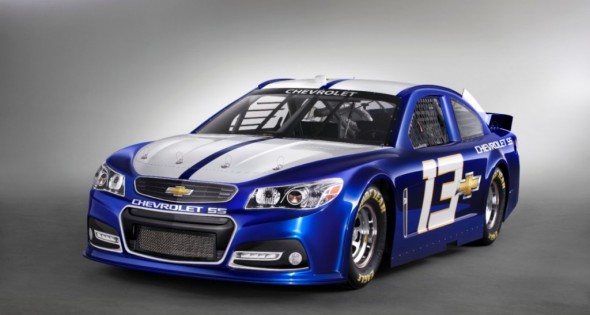 “As a passionate race fan, the debut of the SS NASCAR race car is a genuinely exciting moment for me,” said GM North America President Mark Reuss. “With the SS, Chevrolet is delivering a true rear-wheel-drive NASCAR race car that is very closely linked to the performance sedan that will be available for sale, ensuring that our most loyal enthusiasts will have the opportunity to experience the same thrill every day on the open road that our race car drivers enjoy on the track on race day.

“The Chevrolet SS also demonstrates how we are able to leverage our global product portfolio to deliver a unique performance experience,” Reuss said. “The specialized development and testing work done for the race car will certainly benefit the entire Chevrolet product lineup.”

The Chevrolet SS is the next in a long line of famed nameplates that Chevrolet has campaigned in NASCAR. It replaces Impala, which scored 151 wins from 1959-64 and 2007-12.

“We are looking forward to another exciting year of NASCAR competition and expect that the new SS race car, with some of the most skilled drivers on the circuit behind the wheel, will distinguish itself on the track,” said Jim Campbell, U.S. vice president of Performance Vehicles and Motorsports.

Chevrolet has long used the SS (Super Sport) designation on high-performance models of some of its most enduring nameplates. The SS designation first appeared in 1957 on a Corvette prototype race car built under the guidance of Zora Arkus-Duntov with the plan to enter it in the Le Mans 24-hour race.

The first production vehicle to be offered with an SS optional package was the 1961 Impala – 453 were built with the performance upgrades, which included a modified chassis and suspension, power brakes, a steering column mounted tachometer and unique wheels and tires. The SS designation returned to the Chevrolet lineup in 2010 with the debut of the fifth-generation Camaro.

Chevrolet was America’s best-selling performance car brand in 2011 with Camaro and Corvette accounting for one out of every three sports cars sold in the United States. The addition of the SS to the lineup is expected to further strengthen Chevrolet’s position as a leading performance brand.