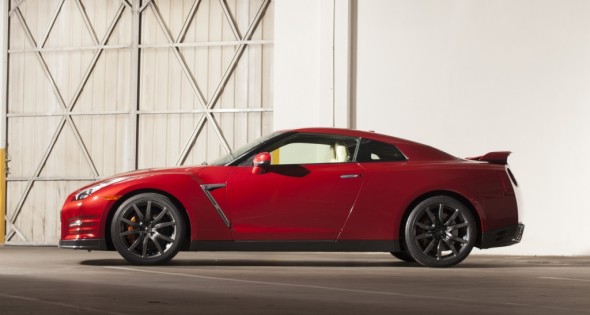 Evolution never stops for the Nissan GT-R. Nissan’s iconic sports car brings a refreshed vision of "innovation that excites" with the introduction of the 2015 (in the U.S.) model offering a new level of sophistication, yet with no compromise in performance.

The sales of Nissan GT-R begin in Japan on December 2, to be followed by sales at Nissan dealerships in other markets worldwide.

The 2015 Nissan GT-R offers smoother ride comfort, more refinement and benchmark fit and finish, in the spirit of a great “GT,” while delivering breathtaking performance and road-holding. Its "multi-dimensional performance" means the driver can enjoy the full depth of the GT-R’s capabilities, whether navigating corners of a winding mountain road, cruising on the highway or even in an urban environment.

Adding premium appeal to the exterior and interior design, the 2015 Nissan GT-R delivers sophisticated driving pleasure and is the ultimate embodiment of Nissan’s brand philosophy: “innovation that excites.”

With outstanding adhesion from its tires, the GT-R is capable of stunning confident acceleration and braking performance
•The suspension was fine-tuned to reduced load fluctuation between the four wheels, giving better stability and more consistent grip.
•More constant tire contact is achieved by optimized electronic control of the shock-absorber valves, as well as modified front stabilizer spring rates and updated bush link. The tuning of these parts, which makes best use of the suspension strokes and enhances road-holding capability, gives a poised, confident ride and outstanding traction on rough roads.
•With minute vibrations and road noise reduced, a relaxing, comfortable ride is assured. An additional benefit is improved straight-line stability, with fewer small steering corrections needed to maintain the correct trajectory during highway driving.
•The upgraded GT-R is now fitted as standard with Dunlop SP Sport Maxx GT 600 DSST CTT tires, for outstanding road-holding and precise response in all conditions thanks to stiffer sidewalls which reduce deformation, improving steering response under hard cornering. At the front, their specification is: 255/40ZRF20(97Y) and at the rear: 285/35ZRF20(100Y)
•The braking calibration has been retuned for a more firm, linear response at everyday speeds, making smooth braking more intuitive, generating greater confidence, particularly in wet conditions.
•The GT-R’s steering has been fine-tuned to reduce the effort required for in-town maneuvers, while maintaining its exceptional feedback during high-speed driving. The combination of retuned suspension and exceptional steering feel give outstanding confidence at high speed.

The 2015 Nissan GT-R maintains its position as one of the most striking supercars in the market. Significant updates to the Nissan GT-R’s lights both enhance the visual impact of the car. Customers looking for added visual impact now have a wider color palette to choose from.
•The 2015 Nissan GT-R sports new efficient, high-intensity, multi-LED headlights that create a distinctive “lightning” motif, generating a striking exterior visual signature. With such a unique visual reference, the GT-R’s road presence is enhanced, particularly in low light and at night – while the fitment of the new headlights gives the driver increased visibility.
•The new headlights feature AFS (Adaptive Front lighting System*) that automatically adapts the angle of the light beam according to the speed of the car. At highway speeds, actuators in the headlight unit adjust the angle of the projectors to project the light further. The four LED units are configured with new intensive LED high beam and three different LED low beams including long-distance-illumination and wide-illumination.
•At the rear, the GT-R’s distinctive four-ring tail light signature now forms coherent circles of illumination, giving the GT-R an equally distinctive appearance, making it easily recognizable to fellow owners and enthusiasts.
•Upon start up, the full new lighting signature is illuminated, creating a dramatic start-up procedure.
•Visual appeal is reinforced with the addition of a new body color called Gold Flake Red Pearl. As its name suggests, there are microscopic gold-tinted glass flakes infused into the red paint, creating a spectacular effect in the deep, lustrous paint as the light catches the finish.

Advanced body construction
•To achieve the project’s ambitious targets for high-speed handling and ride comfort, Nissan enhanced the level of precision-constructed body elements and advanced assembly methods to create the 2015 Nissan GT-R. •Each part is made of materials selected for optimum performance: Precision-constructed, multi-material hybrid body combines steel, carbon fiber and die-cast aluminum to achieve high stiffness and light weight.
•Thanks to the rigidity of the GT-R’s body construction, suspension precision is guaranteed while refinement is enhanced, resulting in exceptional cabin refinement even at high speeds and under hard cornering.
•Thanks to optimized insulation and acoustic tuning, even at high speeds, the occupants are able to enjoy the sporty engine sound.
•An optional carbon rear wing is offered, which is attached to a carbon trunk lid, giving a weight saving of half compared with the standard trunk lid.

*Adaptive Front lighting System is unavailable in some regions.

Records fall and dreams come true with the debut of the Nissan GT-R NISMO. This race-oriented model delivers “factory tuned” supercar dynamics with revolutionary enhanced aerodynamics and ultra-precise handling. The Nissan GT-R is already established as one of the best performing supercars in the automotive sphere, and now Nissan has drawn on decades of racing experience gathered by NISMO, the brand’s motorsport specialists, to develop the ultimate Nissan GT-R.

The Nissan GT-R NISMO features exclusive styling that embraces the longstanding racing philosophy of form following function. It has numerous motorsports-inspired technologies to enhance the car’s performance through optimized aerodynamics, suspension and powertrain, creating a well-balanced machine that is at home on both the road and track.

Nissan CEO Carlos Ghosn says this is the fastest Nissan GT-R ever. "With a 7:08.679 lap time, we can authoritatively say that the Nissan GT-R NISMO* holds the volume production car lap record at the Nürburgring Nordschleife, which is the gold standard of high performance achievement."

Engine
•Under the hood, the 3.8-liter V6 VR38DETT engine benefits from the know-how that NISMO has gained from participating in such events as the world-renowned Nürburgring 24 hour race. Engine power has risen and is now rated at 600hp (447kw) and 481 lb ft (652 Nm) of torque.
•New high-flow, large diameter turbochargers, which are used for GT3 racing, improve breathing, while optimized individual ignition timing control for each cylinder and upgraded fuel pump improve combustion.

3. Interior
•The Nissan GT-R NISMO cockpit inspires driver confidence through both its craftsmanship and optimized driving position.
•Ergonomically sculpted carbon-fiber-backed reclining RECARO® seats (Europe/Japan) comfortably, yet firmly, support the driver and front-seat passenger.
•NISMO racers influenced the design of the steering wheel which is dressed in Alcantara®, with three spokes, red center mark and red stitching to give the best combination of grip, feedback and comfort.
•The combi meter has carbon-like finish, and tachometer features a red design. The meter hood is also dressed with Alcantara®.
•Interior trim features include discreet red stitching on the seats, center console, door trim and steering wheel.

About NISMO
•NISMO, a short form of "Nissan Motorsports," is the performance brand for Nissan, and is one of the company's purveyors of “innovation that excites.”
•NISMO offers products featuring innovative technology and high performance to a wide range of customers for street use. NISMO cars provide an exciting driving experience with motorsports-inspired aerodynamics and styling, enhanced handling characteristics and unmatched agility.
•In the motorsports world, NISMO competes in the highest forms of GT and sports car racing, such as Japan's Super GT Series and the World Endurance Championships (WEC), as well as providing engines to teams that compete in the 24 Hours of Le Mans and the European Le Mans Series (ELMS). The Nissan GT-R captured the Super GT championship in 2011 and 2012.

* Autech Japan is responsible for the planning and production of Nissan GT-R NISMO, which requires vehicle registration in person. 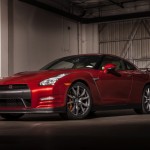 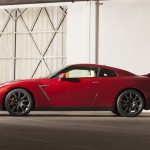 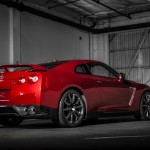 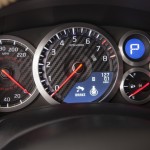 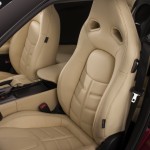 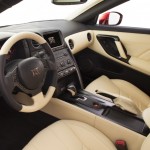 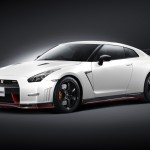 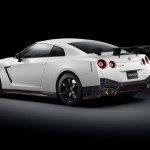 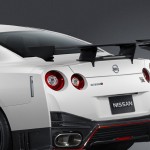 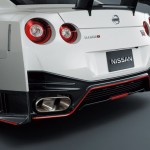 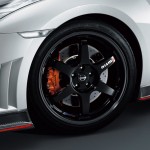 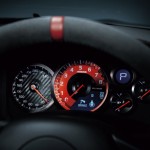 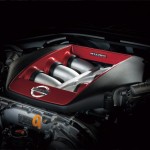