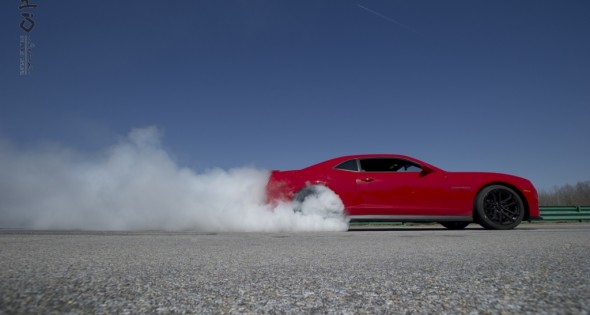 The 2012 Camaro ZL1 recently recorded a 7:41.27 lap at the Nurburgring. That is nearly 40 seconds quicker than a Camaro SS tested at the legendary German track in 2009. Measuring 12.9 miles (20.8 km) and including some 154 turns, the Nurburgring’s Nordschleife (“north loop”) is widely considered the world’s most-demanding course.

The Camaro ZL1 used for the lap was a production-intent model, with no performance modifications, driven by Camaro Performance Engineer Aaron Link. The Camaro ZL1 recorded its time of 7:41.27 from a flying start.

“The Nurburgring is unlike any track in the world,” said Al Oppenheiser, Camaro chief engineer. “Each lap includes fast straights, sweeping off-camber turns, hairpin corners, and elevation changes. In order to do well on the ‘Ring, the car has to do everything well – including acceleration, braking, and lateral grip. Breaking an eight-minute lap in a 2+2 production car is a tremendous accomplishment, and validates that the Camaro ZL1 will truly be track-ready from the showroom.”

More than 30 percent of the Camaro SS was re-engineered for the Camaro ZL1, which arrives at U.S. dealerships in the first quarter of 2012.

The Camaro ZL1 features a supercharged 6.2L “LSA” engine SAE-rated at 580 horsepower (432 kW) and 556 lb.-ft. of torque (754 Nm) – making it the most-powerful production Camaro ever. Power is delivered to the rear wheels by either a six-speed manual or automatic transmission.

The ZL1’s power is complemented by exclusive performance technologies, including the third-generation of Magnetic Ride suspension and Performance Traction Management.

Additional track-ready features standard on the Camaro ZL1 include coolers for the engine, transmission and rear differential, cooling ducts for the Brembo brakes, and a high-performance fuel system delivers fuel to the LSA engine under any performance-driving condition.

“The ZL1’s full capability is evident at the Nurburgring,” said Link. “One of the best moments is coming through ‘Fuchsröhre’, or Foxhole. The ZL1 accelerates at an unbelievable rate down through the tunnel of trees, and into a sweeping left-hand corner flat out in fifth gear. You have to have an extremely well-mannered, confidence-inspiring car to take any corner at 160 mph without lifting off the throttle – and the ZL1 was just brilliant.”