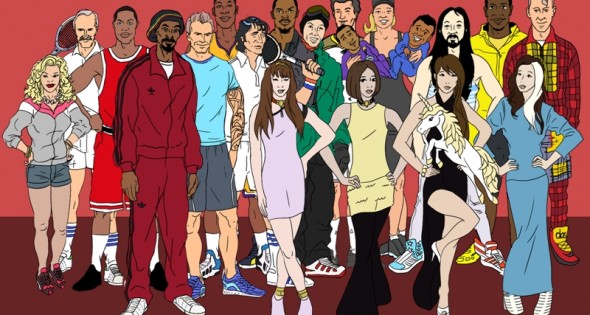 The Cautionary Tale of Ebenezer Snoop

[youtube]http://www.youtube.com/watch?v=w1bIl7tqi8o[/youtube]adidas today launched its pioneering Holiday Campaign for 2012, enlisting the help of some of the world's finest sporting and cultural icons, including Snoop Lion and David Beckham. At the heart of the campaign is 'The Cautionary Tale of Ebenezer Snoop' online film, offering you the opportunity to find and share your own Holiday Spirit. As the film closes, you are invited to find out if you are an Ebenezer, and if so, the chance to redeem yourself via a truly innovative Facebook app.

The Facebook application takes you on a personalised journey of what could become if you don't change your ways - Snoop might not be the only Ebenezer! By aggregating your user data around certain Facebook activities such as commenting and event responses, adidas creates your uniquely tailored Ebenezer film. At the end of your journey adidas offers you the opportunity to redeem yourself by sending a greeting card featuring JJ Sedelmaier's campaign illustrations to friends – spreading Christmas adidas discounts and cheer to all.

"The adidas Ebenezer Snoop Holiday Campaign offers a digital alternative to the normal holiday card in true adidas style. We wanted to create a legitimate solution to Holiday gift-buying – using our diverse portfolio of adidas icons who resonate with all gift-givers, young and old. With our adidas take on a traditional Holiday story, we have created something truly funny and relevant, and using Facebook, offered consumers a way of sharing Holiday Spirit in way fit for 2012." Christy Kilmartin, Brand Marketing Director, adidas AG.