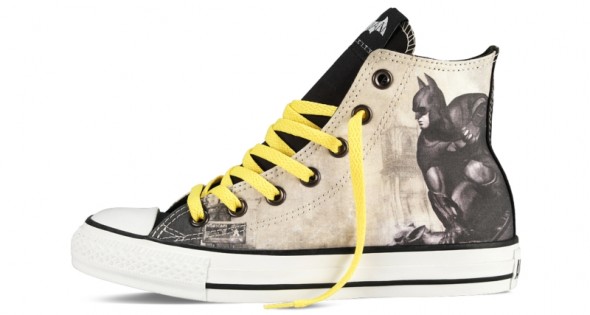 Converse introduces the launch of the Design Your Own DC Comics Batman: Arkham City Chuck Taylor All Star for Holiday 2012 in partnership with Warner Bros. Consumer Products. For the first time, consumers will be able to customize their own sneakers using photo-real images from the hugely successful Warner Bros. Interactive Entertainment video game and immerse themselves fully into the thrilling world of Batman: Arkham City.

Features stunning graphics from the popular video game Batman: Arkham City For the first time, consumers will be able to select different graphics and characters for the right and left foot to tell their unique story Characters include: Batman, Robin, Catwoman, The Joker, The Riddler and The Penguin Photo real images will be screen printed onto the canvas upper

The Design Your Own Batman: Arkham City Converse Chuck Taylor All Star will be available in unisex sizes and retail for $75 exclusively on www.converse.com. 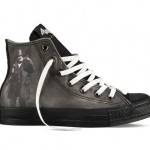 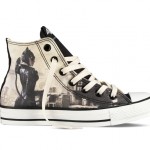 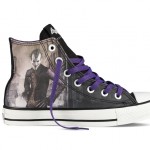 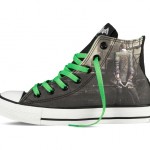 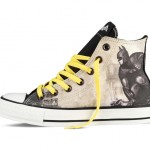 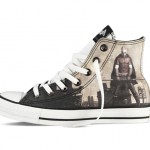