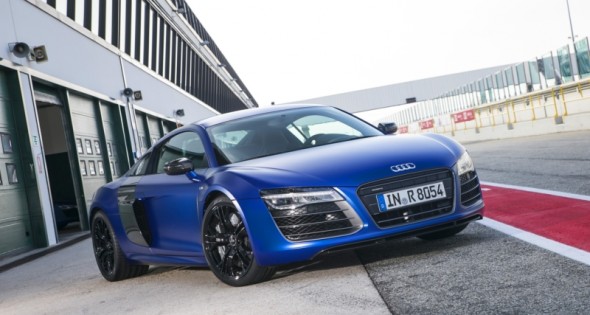 Audi of America announces the U.S. debut of the much anticipated 2014 Audi R8 model line and new Audi RS 5 Cabriolet at the NAIAS. The iconic R8 represents the pinnacle of Audi performance while the RS 5 Cabriolet combines track-tested engineering with the freedom of open air driving. The four-seat convertible with a cloth soft top entices with a unique combination of elegance and power. The R8 and RS models are engineered to perform on the track and also for comfortable weekend drives.

“Coming off the momentum we’ve built with the launch of the all-new Audi S models, the new Audi R8 and RS 5 Cabriolet further invigorate the next chapter of our Audi performance models,” said Scott Keogh, President, Audi of America. “We know that driving enthusiasts are excited to have these cars come to our shores, but they will be even more thrilled to know this is just the beginning.”

2014 Audi R8
The R8 is the pinnacle of the Audi model lineup that comprises of three different engine variants: the R8 V8, the R8 V10 and the R8 V10 Plus. The high performance sports car is now more dynamic and powerful than ever before thanks to numerous improvements, including a newly developed seven-speed S tronic® transmission that helped improve the 0-60 mph time by 0.3 seconds on the R8 V10 Plus.

At the top of the range is the new R8 V10 Plus with 550 horsepower and 398 lb.-ft. of torque. Equipped with the S tronic, it catapults from zero to 60 mph in 3.3 seconds and reaches a top speed of 196 mph. It weighs approximately 100 lbs. less than the R8 V10 due to utilizing carbon fiber side blades, front splitter, rear diffuser, spoiler; a smaller fuel tank; manual Alcantara® seats and ceramic brakes.

To further enhance the Audi R8 design, several aesthetic adjustments are added throughout the vehicle. Some of the most noticeable changes are the newly structured LED headlights that are now standard on all models, the hexagonal Singleframe® grille, new side mirrors and the large, round tailpipe trims are the most obvious elements. The rear lights of all models include the innovative dynamic turn signals.

All Audi R8 models have the option of the gated 6-speed manual transmission or the S tronic transmission. The Audi R8 Spyder is available with the V8 and V10 engine. The R8 V10 Plus is available as a coupe only.

2014 RS 5 Cabriolet
The highly successful RS 5 coupe extends its model series with the addition of this high-end soft-top, which entices with a unique combination of prestige and power. With nearly identical performance numbers as the coupe, the RS 5 Cabriolet is powered by a high-revving, naturally aspirated V8 engine with FSI direct injection. Its 4.2 liter engine outputs 450 horsepower at 8,250 rpm and produces a maximum torque of 317 lb.-ft. between 4,000 and 6,000 rpm. With a curb weight of 4,420 lbs., the Audi RS 5 Cabriolet launches from zero to 60 mph in 4.9 seconds. The car’s top speed is limited to 174 mph; while at the same time having a class leading fuel economy* and no gas guzzler tax.

The exterior and interior of the Audi RS 5 Cabriolet retains the essence of the RS 5 Coupe. When the top is down it only requires 2.12 cu-ft. of its 13.42 cu-ft. trunk volume. The split rear seatbacks can be folded over individually, and a load-through hatch from the trunk to the rear seating area improves ease of access functionality. Special reinforcements contribute to the convertible body’s high rigidity, and aluminum front fenders compensate for some of the added weight of the reinforcements.

The new LED light strips illuminate the headlights and taillights without any conventional incandescent lamps. Like the lights, the rear bumper was also redesigned; its diffuser is now much higher, and a honeycomb screen insert encloses the two large elliptical tailpipes of the exhaust system. On the trunk lid there is a subtle matte carbon spoiler lip for additional downforce.

The sport seats have power adjustments, high side panels for optimal lateral support, integrated head restraints, a lumbar support and a pull-out thigh support. They are upholstered in a combination of leather and Alcantara or in the optional black or lunar silver Fine Nappa leather. All leather types are pigmented to reduce heating by sunlight. At the press of a button, the soft top opens and closes automatically in 15 seconds and 17 seconds respectively – even when driving at speeds of up to 30 mph. On hot summer days when the top is down, drivers can select the optional climate-controlled seats for added comfort. 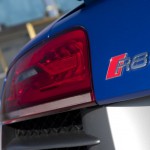 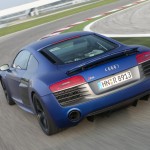 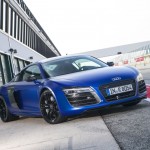 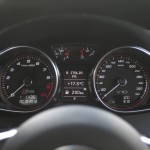 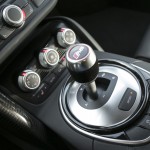 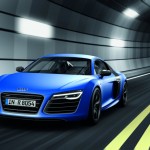 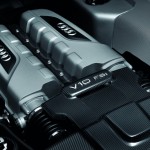 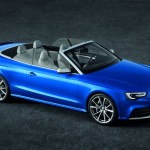 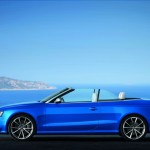 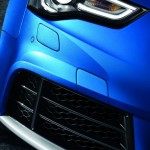 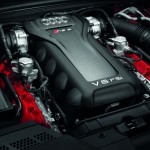 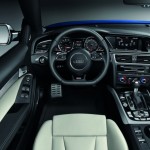