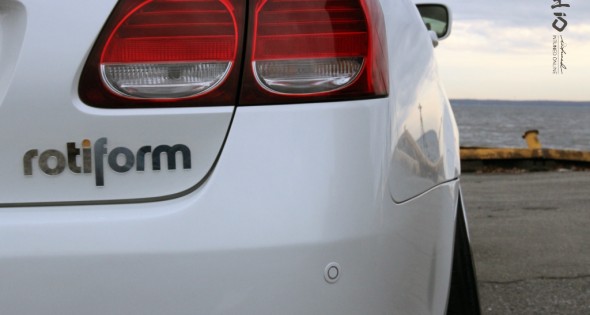 You may have spotted Dan's GS throughout the many random picture posts on the internet but for IntunedOnline it was a great chance for us to catch up with Dan as he's been either envied or hated for years depending on your perspective.

As one of the original members of Team 'LowLife' in Montreal he has owned and customized more cars then even I can remember, his cars have been featured on local forums and other digital magazines around the world. One thing we know for sure is that Dan is definitely an innovator when it comes to style and setting the bar.

The GS AWD Project started off as budget build replacement for his Porsche 997 which was sold and re-invested in a house. Like many of his cars, this project expanded from the original plan and came together perfectly. Living the low life, Dan bagged the GS on using UAS Bags and Megan Coilovers. The system is run by 2 manual switches inside the car and powered by 2 pumps in the trunk. Megan upper and lower control arms were also used to allow for necessary adjustments to have the car slammed properly.

The exterior was kept fresh with a Carson body kit and fully rolled fenders, to accommodate the wheel setup the rear quarters were widened 1.5" per side. Having an excellent taste in wheels, Dan chose a set of Rotiform BLQ 3-piece in gold with fully polished lips (20x9.5 and 20x10.5). This Lexus GS is simply one of the cleanest we've seen and we can't wait to see which car he builds next. 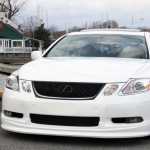 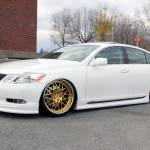 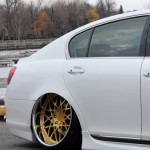 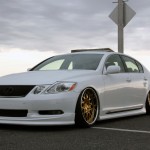 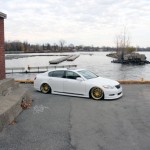 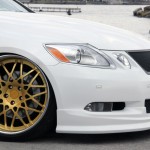 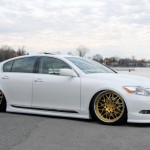 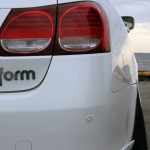