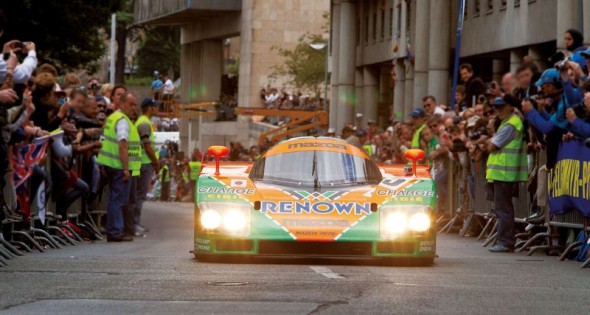 2011 marks the 20th anniversary of Mazda's victory in the world's most demanding endurance race, the 24 Hours of Le Mans. In 1991, Mazda became the first and only Japanese car manufacturer to win the race. In celebration of this anniversary, and at the invitation of the event organizers, the Automobile Club de L'Ouest (ACO), Mazda will demonstrate the winning Mazda 787B on the Circuit de la Sarthe in Le Mans, France on Saturday, June 11, 2011, before the 24-hour race begins.

The 79th 24-Hours of Le Mans is scheduled to start at 3 p.m. (local time) on Saturday, June 11, 2011, and finish at the same time on the following day. Mazda plans to hold the demonstration of the 787B racecar on the Circuit de la Sarthe at 12:30 p.m. on June 11. Additionally, the 787B will also take part in the Driver's Parade through the Le Mans city center on Friday June 10.

The Mazda 787B is the first and only Japanese car, and rotary-engine car, to win the 24 Hours of Le Mans. Jointly developed by Mazda and Mazdaspeed, the organization that managed Mazda's racing program, the 787B has a chassis designed to meet Group C racing car technical regulations and is powered by a four-rotor rotary engine that produces 700 horsepower. Due to a change in the race regulations, 1991 was to become the last year that a rotary-engine car could participate in the 24 Hours of Le Mans. At the last chance, after 17 years of effort, Mazda finally realized its long-held dream to take the overall victory at Le Mans. This victory was not Mazda's alone, but the result of long years of hard work by Mazdaspeed, the drivers, suppliers and the many others involved.

Takashi Yamanouchi, Mazda's representative director, chairman of the board, president and CEO, said, "Mazda is founded on a desire to 'never stop challenging.' This spirit brings Mazda Group employees together across the globe, and it inspires us to achieve the demanding goals we set ourselves. Exactly 50 years ago, in 1961, Mazda commenced development of the rotary engine. The road from this beginning until our 1991 victory at Le Mans, and on to our current SKYACTIV TECHNOLOGY development program, is built upon our spirit of challenge. 2011 is set to be another landmark year for the entire Mazda Group, as we enter our SKYACTIV era with the global introduction of our next-generation vehicles."

Since 1991, the winning Mazda 787B has mostly been on display at the Mazda Museum in Hiroshima, Japan. In preparation for the demonstration at Le Mans, Mazda has carefully restored the winning 787B racecar back to driving condition for the first time since its post-race overhaul in 1991. The work was carried out by current Mazda employees who participated in the company's original Le Mans Challenge Project, along with engineers from Mazda's subsidiary engineering company Mazda E&T. The restored 787B has been tested by one of Mazda's in-house top gun drivers, and its performance has been confirmed by former Mazda factory drivers Yoshimi Katayama, Takashi Yorino and Yojiro Terada at Mazda's Mine Proving Ground in western Japan.

As part of the 20th anniversary celebrations, various members of the 1991 Mazda team will also return to Le Mans. The winning driver Johnny Herbert (England) will be joined by 1991 Mazda drivers David Kennedy (Ireland), Pierre Dieudonné (Belgium) and other team members.

Video footage and photographs of the restoration work and the demonstration at Le Mans will be uploaded on Mazda's official Facebook and YouTube web pages. 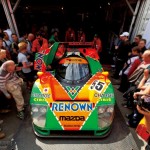 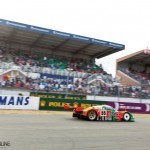 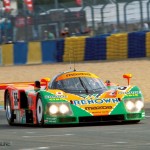 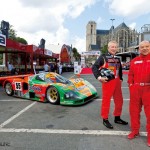 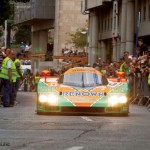 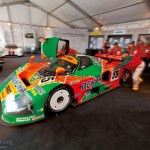