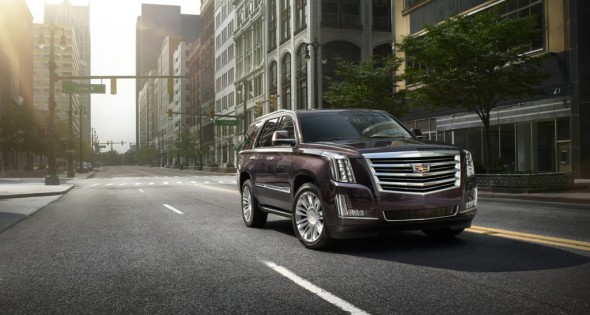 Cadillac today announced numerous enhancements to the just-launched 2015 Escalade, including the new range-topping Platinum Collection model launching in the fourth quarter this year.

Escalade Platinum features elegant, hand-crafted luxury additions to both the exterior and interior while the entire Escalade range gets new technical features, highlighted by the addition of 4G LTE connectivity, a new 8-speed automatic transmission and a Surround View camera system to help increase visibility.

“Since the launch just a few months ago, the next-generation Escalade has proved exceptionally desirable among luxury SUV buyers,” said Uwe Ellinghaus, chief marketing officer, Cadillac. “Now, within the same year we are able to elevate the Escalade line with the Platinum Collection, as well as deliver enhancements through the entire Escalade range.”

The 2015 Escalade Platinum extends and upgrades the use of premium materials within the Escalade’s cut and sewn interior. First- and second-row seats are wrapped in Nappa semi-aniline leather, while the dashboard, upper door panels and center console are clad in hand-stitched and hand-wrapped leather. Customers can choose between two distinct interior environments, each paired with sueded microfiber headliner trim and unique exotic wood accents.

In addition, all Escalade models – from the standard Collection through to the Platinum – feature a host of technology upgrades. Vehicle performance is aided by the new eight-speed automatic transmission that is standard on all models, as well as a two-speed transfer case standard on four-wheel drive models. An electronic hands-free liftgate already standard on Escalade will also feature hands-free closing capability.

Like the new ATS sport sedan, Escalade includes OnStar with 4G LTE connectivity with a WiFi hotspot capable of connecting up to seven devices and inductive wireless device charging. Surround View, which provides a bird’s eye view of the area immediately surrounding the vehicle.

The enhancements add just $1275 to Escalade’s starting price in the U.S., for a total of $73,965, including destination. 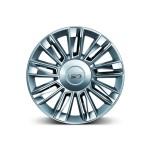 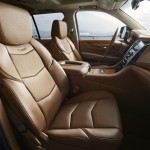 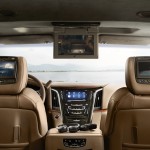 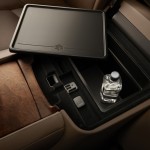 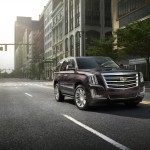