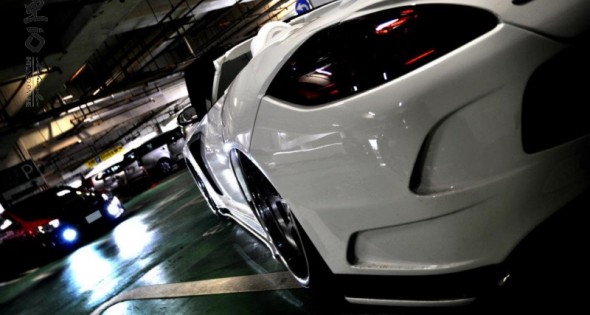 In the world of aftermarket performance and customized vehicles there is a short-list of cars who get the opportunity to transcend continents; being able to make an impact in different cultures is the absolute test of craftsmanship and design, and for Shinichi Kameda he's been able to achieve all of this with his Masterpiece Z33.

When Shinichi had the idea to build such a radical Z it started with the notion of "The Only One", taking a factory 350Z convertible and turning it in to the only 2-door convertible PanaZ in the world. To complete this project he sought help from legendary car builder Osamu Kikuta who has built numerous cars showcased at events such as Tokyo Auto Salon.

Osamu told us that the design process took about a year but the actual build only took about 4 months. Styling the car was the most difficult part of the build but also his favorite part; from the initial concept the balance of length & width was extremely important when building the car. The rear trunk had to be modified to accompany the new rear end while still being functional for the convertible top. Osamu also told us that the fenders were actually the most difficult part of styling the PanaZ, when you open the door the body is designed perfectly so the door does not interfere with the body.

Aside from the radical conversion, the PanaZ has a full air bag setup which allow for the perfect stance on top of the 22" VIP Modular wheels. The interior is fully custom leather designed to accent the overall car, including real crystals on the hand brake and shift knob. To give it some extra go, an HKS Supercharger was installed giving the PanaZ around 350hp at the wheels. In addition to being the only car of its kind in the world, it also hosts the world's first 16-pot brake system.

We asked Shinichi what his future plans were, in a true car enthusiast fashion he said "I came to SEMA to look for that answer" and based on this build we can't wait to see what he does next. 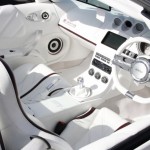 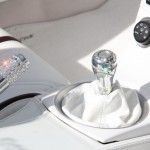 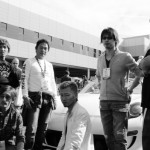 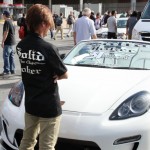 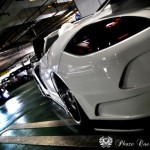 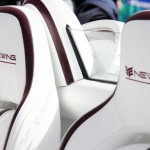 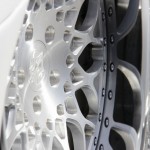 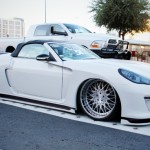 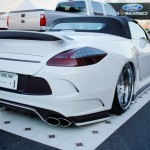