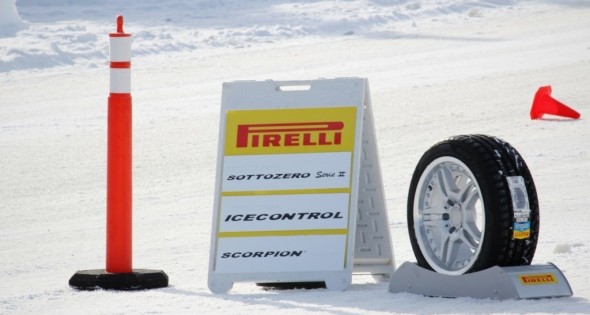 A couple of weeks ago we had the opportunity to attend the Pirelli Winter Experience. The event invited Costco representatives from across Canada to not only learn about the current winter line-up of tires but to actually test them out in some exciting winter conditions.

Guests were greeted at the beautiful Hotel L'Esterel with a light dinner and relaxing evening before the full day of activities ahead of them. As the sun began to rise, the morning breakfast spread had more than enough choices to satisfy even the pickiest eaters. In addition to breakfast, all the guests got to enjoy the view from the main dining room which overlooks the picturesque frozen lake.

The morning kicked off with a presentation from Pirelli staff introducing the winter tire line featuring the Winter SOTTOZERO Series II, Winter ICECONTROL and the new Scorpion Winter model tires. The informative session showcased the technology around each model while outlining the ideal types of driving and conditions; all of which are available for a wide range of vehicles.

After the morning presentation we were on our way to Mecaglisse; a winter driving facility 90 minutes North of Montreal designed to challenge even the most seasoned drivers. The drivers would be split up to take on 6 stages, each with a different way to test out the winter tire line.

Stage 1 - The Ultimate Driving Machine; using a range of BMW 3-Series vehicles equipped with Pirelli SOTTOZERO's the drivers took on a winding course, with plenty of icy stops, turns and elevation changes. The drivers got to experience how the cars handle and brake while increasing power from BMW models, and also comparing RWD to XDrive.

Stage 2 - Handling; the drivers used a variety of vehicles like a MINI Cooper, Honda Fit, Toyota Camry and a Chevrolet Cruze, the cars were equipped with Pirelli Winter SOTTOZERO and Pirelli Winter ICECONTROL's. The drivers had to make their way through a maze of pylons before coming in to a sharp corner, around the back side of a track through a chicane and then a final stop on a skating rink style ice patch.

Stage 3 - SUV's using GMC Terrain's and BMW X5's the drivers tried out the all new Pirelli Scorpion Winter Tires. On this stage the drivers needed to make a complete stop after accelerating down and icy hill; once stopped they would continue up another icy hill to demonstrate the traction capabilities before testing braking on a straight away. The added difficulty on this stage was not only doing the tasks with the SUV, they also ran the drills with a trailer attached.

Stage 4 - Responsiveness, the drivers had the opportunity to try multiple cars ranging from a MINI to Camry's and Cruze's again this time equipped with either Pirelli All-Season Tires or Winter ICECONTROL. The drivers received a firsthand taste of handling responsiveness, reaction time and braking distance. Even as an observer you can clearly see the difference the winter tires make on handling, acceleration and braking.

Stage 6 - The ride-a-long seemed to be the highlight from all the participants I spoke with. Two local competition Rally Cars were leant for the event and equipped with Pirelli studded non-competition winter tires. The participants received a front row view as they blazed through the hills, woods and corners in a Subaru WRX STI or Mitsubishi Lancer EVO; both cars were respectfully piloted by professional Rally Drivers Martin Rowe & Jon Nichols.

When we finally got back to the hotel after a day of excitement we prepared for cocktails and a dinner fit for Royalty as we recapped the day. Many of the participants who collected tokens for the evening raffle went home with some awesome door prizes from Pirelli in addition to an experience of a lifetime. We want to thank everyone at Pirelli for inviting us to the event and showing us awesome hospitality. 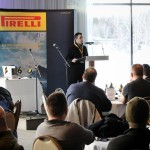 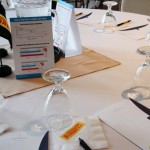 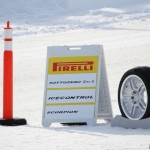 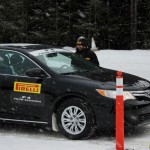 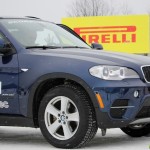 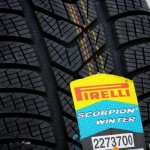 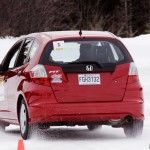 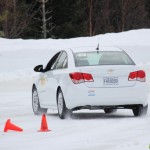