The 2011 edition of the USAF 25 Hours of Thunderhill could be described as a race of firsts. First race for new crew, drivers, sponsors and first win!

The RJ Racing #23 Mazda Miata that arrived at the race was in the best shape of its racing life. Just about every crucial part had been replaced and prepared for the grueling race. The major priority was the new transmission for the car. The transmission that let them down at Buttonwillow was replaced with a new stronger Race Engineering piece that never gave a hint of problems. Cooling, while not a major concern in the chilly December weather of northern California, was kept under control by the teams Mishimoto Radiator.

The trek from the team’s base in Santa Ana to the track in Willows was far from easy. The eight-hour journey was fraught with dangerously high winds (up to 50+ mph gusts) and a blown out tire on the trailer. The drive to the track had more interruptions than the race itself!

The test and qualifying days were spent dealing with a small electrical gremlin that limited time on track. That on track time was needed to re-familiarize the team and drivers to the track. It was especially needed for the team’s two new drivers Craig Evans and Miller Motorsport Park driving instructor Johnny Kanavas, who had never driven the #23 car before. The car was prepared to meet the challenges of the Thunderhill circuit; only minimal changes were needed to the SD Suspension to make the car fast and comfortable for the drivers. The task of qualifying the car while getting some additional night time practice at Thunderhill, was assigned to Johnny Kanavas. His solid 2:11.9 put the car third in E3, the largest out of the six classes with twenty-two cars. 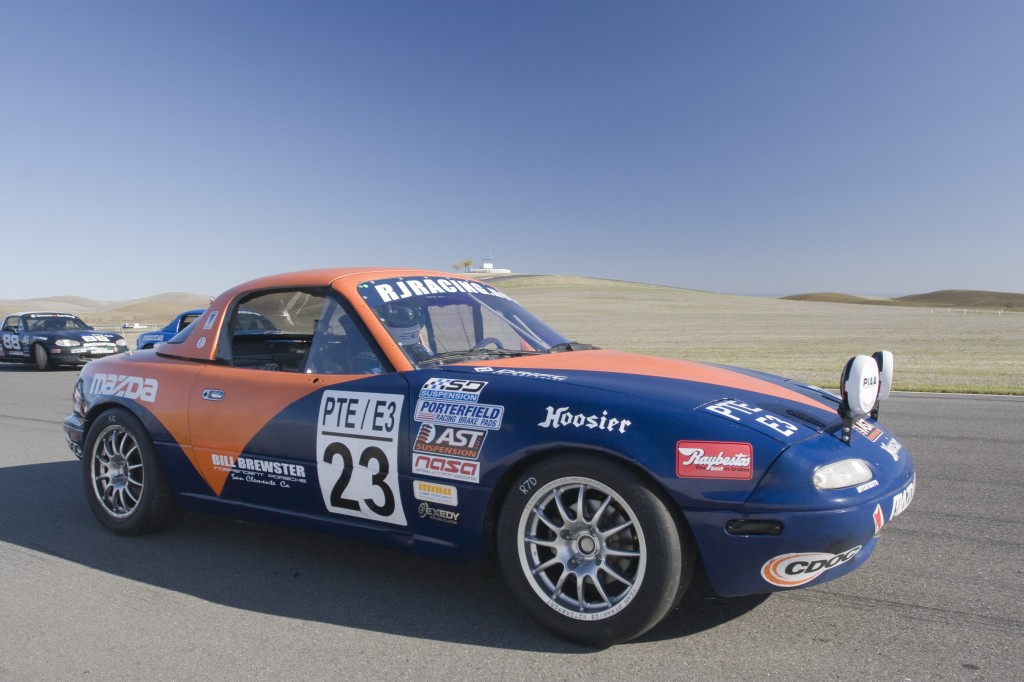 During the first six hours of the race there is another race going on. The final race of the Western Endurance Regional Championship. Therefore, the opening hours of the race are intense and hectic because of the added cars on track. The teams not doing the full race are involved in their own battles that mean they may take risks that other teams should consider too risky for a 25 hour race. RJ Racing stuck to its original plan and began running steady and solid laps regardless of what the others in class where doing. That strategy would be decisive as the race went on.

This year’s race was marred by penalties; nearly every car in every class had a penalty of some sort. Staying out of trouble became the key to taking the lead. As RJ Racing turned consistent laps their competition ran into problems, DivaSpeed lost a right rear wheel, the Hooverspeed cars had contact and the Sector Purple machine played catch up from early problems. The #23 pit stops where flawless: not a drop of fuel spilled or wheel that wasn’t properly fitted. The consistent and smooth teamwork combined with solid driving gave the team a half lap advantage after every pit stop which allowed RJ Racing to take the lead around 9pm. They would never let it go.

As morning dawned RJ Racing was in complete control. The lead was built up to nine laps so the team could begin to conserve the car for the final stretch. There was no need to risk the car and the drivers knew that. The only drama was a late race right front vibration. The team readied itself for every possibility, including a quick hub change in pit lane that the team had practiced countless times, only to discover it was caused by a wheel weight that had fallen off. A final fresh Hoosier Racing tire was quickly thrown on and the car was back on track. That little drama had brought the Hooverspeed 2 machine within six laps but in the end RJ Racing had them covered. At noon Sunday the #23 machine blasted down the front straight to claim the team's first victory in the 25 hours of Thunderhill.

The car ran flawlessly which is the first ingredient in any victory. The second is pit stops: the crew was perfect every time, with only a few seconds variance in pit stop times and not a drop of fuel spilled. The third is the driver lineup: John Gibson, Jaime Florence, Craig Evans, Johnny Kanavas and Rob Gibson kept it clean but fast, keeping the car out on the track rather than in the paddock. Team driver and co-owner Rob Gibson summed up the race with “We are so proud and pleased with the performance of the crew, drivers and car. Getting the win is just a bonus."

Crew Chief Craig Tsurumoto added: “The race may have seemed boring to those outside the team, but from the pit wall it was pretty intense. We are in the most competitive class and none of our competitors were going to allows us to rest one bit. As others had problems we were prepared for the same to happen to us and put the pieces in place to remedy any problem quickly. All of the work done back in the shop pays off in times like these!.” 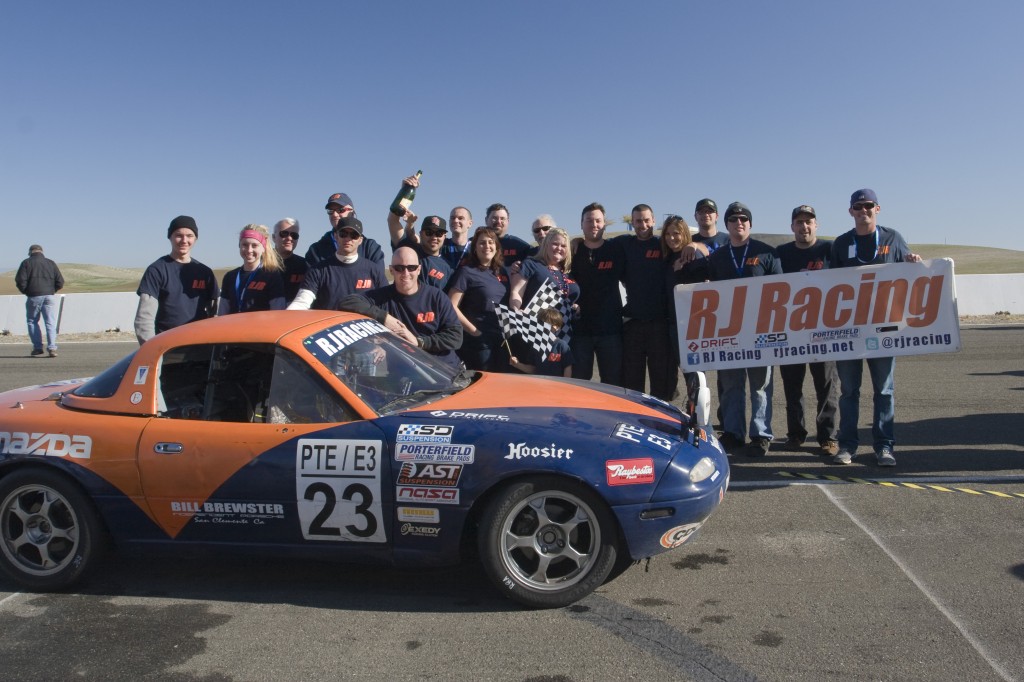