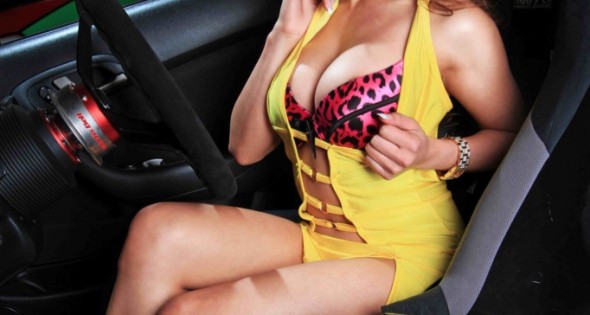 If we had a single phrase to describe Serena Fuentes it would be 'down to earth' we had a chance to chat with this Australian native about cars and modeling.

IO: So Serena, How did you get your start in modeling?

Serena: I’ve always said that if you love clubbing, you may eventually promote for nightclubs; well I love cars so naturally I found myself promoting for car shows. I love looking at cars, I love seeing the creativity that’s put into cars by car-lovers, I love being inside cars, next to cars but not so much under cars, it gives me a head-ache when I’m under a car for more than 15mins, but I’ll do it anyway =)

IO: So what do you like best about modeling?

Serena: Apart from getting to be next to cars (laughing) I love getting to know new people. Everyone’s just so sweet. I haven’t experienced much of the glamour-modeling side yet but I’ve already met so many nice people.

IO: Do you have any favorite events yet?

Serena: I’m not a big night clubber, in fact I really don’t like it (laughing) car shows are always fun. I’ve always wanted to go to beach party events or festivals especially at night time, I wish we had night carnivals here in Australia. That’d be so cool!

IO: Do you have any pet peeves?

IO: Alright, we'll be sure to stay out of your way when we go to Australia, do you have any hobbies?

Serena: I enjoy learning about cars, trying to fix cars & pulling cars apart. Putting them back together is a different story (laughing)

IO: We know all about that, what's your favorite car?

Serena: Well lately I’ve been admiring the Mercedes G-Class range because of its beach fun-style look of a Jeep with the famous Mercedes badge slapped right on its grill. Some might argue it looks ridiculous but it’s an interesting concept non-the-less. Fun & classy. It’s got the best of both worlds.

IO: Awesome, nice choice, where can fans find you?

Also www.serenafuentes.com is on it’s way. Due to launch around the end of Feb.

Serena: Thank you HoonMediaTV for the photos & my first of many car videos so keep an eye out for it, coming out soon! And thank you IntunedOnline.com for having me! 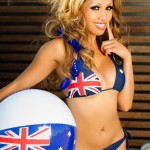 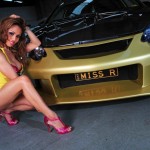 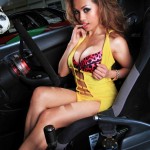 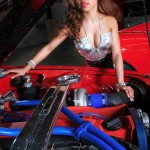 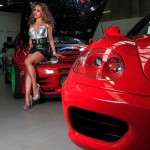 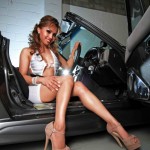