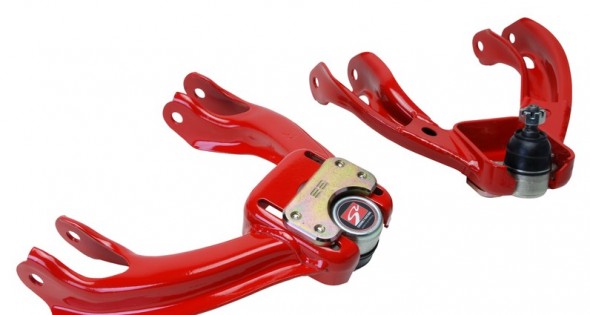 Skunk2 designed its Pro Series Front Camber Kit for the ’90-’93 Integra with specially engineered A-arms and ball joints that allow for maximum positive camber adjustment in a low-profile design. Enthusiasts who are serious about performance can now correct almost all abnormal tire wear due to negative camber and increase high-speed stability. 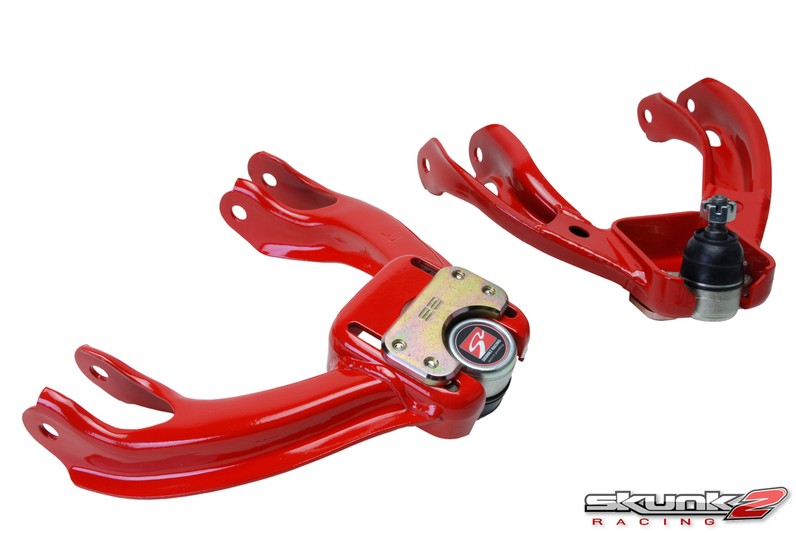 Skunk2’s Camber Kits are the number one choice of many professional race teams, including Honda’s own factory road race cars, since 1997. And since 1995, Skunk2 has been leading the industry with its fully adjustable Camber Kits. To accommodate enthusiasts’ needs, Skunk2 made a significant change in 1998 by adding an oversized, rectangular-shaped top mount to its Front Camber Kits for increased positive adjustment. In 2000, Skunk2 pioneered the use of one-piece, forged ball joints. And in 2004, Skunk2 introduced its patent-pending Pro Series Ball Joints—a design that, today, sets the standard for all other camber kits.