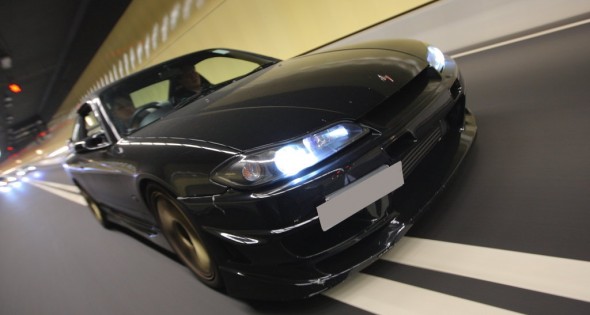 The Nissan Silvia is synonymous with drifting and infamous as sports compact. In North America; the underpowered 240sx versions were sold as a pure understatement to the potential of these cars. The turbo powered versions in Japan have become legendary in drifting events and engine swaps all over the world.

Our latest voyage brings us back to Hong Kong where we came across an S15 that was built for the street. Prior to our arrival we heard stories about a street tuned S15 which had a long history of victims on the Hong Kong freeways. At first glance the exterior of the car looked almost stock except for the large intercooler tucked behind the front bumper and the race exhaust in the rear.

Inside the car we found the typical race setup with Bride seats up front with 4-point harnesses, for aesthetics the rear seats were also matched in Bride material. The OEM wheel was replaced with Nardi and the center cockpit controls were all modified for monitoring the vehicles settings. Under the hood there was an enormous amount of modifications which took place including an upgraded turbo, Greddy catch can and the entire fuel system was overhauled. The cooling system also received upgrades to ensure optimal performance. The suspension was swapped out for a Tein full damper kit and since the OEM brakes could not handle the power any longer a pair of AP Racing calipers were also installed. Although this S15 does not look like your typical feature car; we all can remember and appreciate stories about sleeper cars from our past. 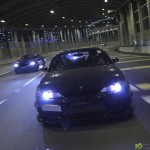 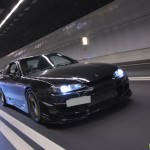 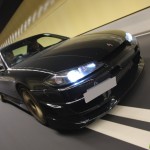 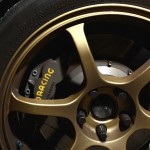 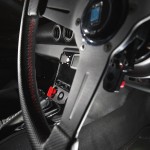 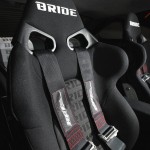 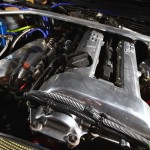 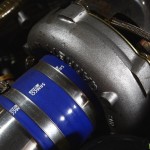 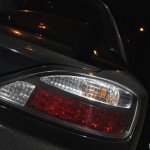 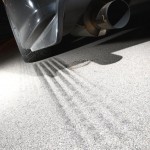