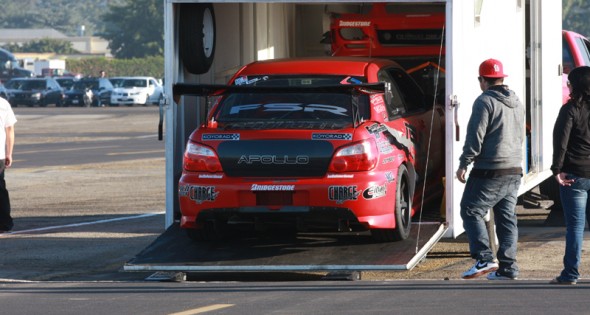 ,Subiefest, the largest all-Subaru event in America posted a banner year at Los Angeles' Pomona Fairplex this October. Subiefest management used 2010 attendee feedback to provide refocused content to include more of the community, better activities, and add value for sponsoring brands and vendors.

The result was close to 100% growth in attendance since last year, and attendees coming from far as Seattle, Boston, and Washington, D.C. "Subiefest went through a huge transformation this year: a new venue, all new elements and activities, three times as many vendors, and so much more. Considering there were over 2300 participants this year, I'd say it worked pretty well," said Champion.

James Han, Motorsports Marketing Manager at Subaru of America, agreed that Subiefest is the epitome of the car enthusiast hobby. "Supporting events like Subiefest has been a positive way to reach out to our Subaru owners and enthusiasts, and this year proved no exception. Certain key initiatives that shaped the 2011 event really helped make this year very successful. Robert Champion worked closely with us on securing a more accessible venue within the Los Angeles metro area, and a widely-anticipated appearance by our Subaru Rally Team USA driver Dave Mirra proved a strong draw with the audience." Subaru of America provided a sneak peak of the 2012 Subaru Impreza as part of the all-Subaru car show, the backbone of Subiefest. Attendees were able to touch and feel the new car alongside the rest of the Subaru street cars, show cars, rally cars, and race cars. Subaru of America was also pleased with the success of expand content for the entire family, including non-profit Breast Cancer Awareness group Scoobies for Boobies sponsored kids area with Subaru face-painting, bungee jump, and rock wall.

Subiefest is crucial to brands connecting with their target audience, and vendor attendance tripled as a result. Ken Anderson, Vice President of Sales & Marketing at, world famous engine tuner, Cosworth said, "Cosworth always enjoys supporting the Subaru enthusiast community and Subiefest is the perfect event to do so. This year's event was no exception with a great venue and solid attendance, we were pleased to be able to share our products with Subaru fans throughout the day. Subiefest is by far the best all Subaru experience around and we look forward to the 2012 event."

C&C CarWorx President, Steve Carl agreed, "As a new participant at Subiefest, I am pleased to report that we were extremely impressed with the event, how professionally run it was, and we are very happy that we participated." Evan Cline, of Exedy Clutch, was also impressed, saying, "Subiefest delivers jaw dropping results. This was our second year attending and the event far exceeding our expectations. To bring that many core enthusiasts to one location is amazing. Can't wait for 2012."

Rarely do attendees of car shows actually get to drive their cars. This year at Subiefest drivers had multiple opportunities to show off the potential of their cars and their own driving skills. The Hoonigan Wet Skid Pad was just one of the events made possible by the larger venue. "The Hoonigan Wet Skid Pad at Subiefest this year was a huge success. It gave us the opportunity to let a bunch of Subaru owners go out and safely hoon their cars about without any ramifications from Johnny Law. Some took to it immediately, while others got a lesson in under-steer, but all-in-all, everyone had a good time, including the heckling crowd." said Brian Scotto, Brand Director at Hoonigan Industries. Over 40 drivers bettered their car control at the expense of being heckled during the very popular and heavily spectated event.

The Autocross saw 48 drivers compete for the best time in three separate classes based on actual modifications commonly performed by Subaru owners. Throughout the day Subarus boosted their way around a fast and technical track designed to test the limits of driver and machine. In the naturally aspirated class, Gilbert DeLosRey took top honors with a time of 51.53 seconds, while brother Noel DeLosRey 51.652 took 2nd place just over a tenth of a second behind. WRX owners came out in droves for the street tuned "Stockish Turbo" class where John Moon took first with a 51.41 second run, besting John Hermandez's second place time of 53.092. While the wild "Prepared Turbo" class saw Karlton Lew take fastest time of the day while winning his class with turbo-glowing time of 48.482, narrowly beating Gregory McChance's smoldering 48.610 second run. Irvine Subaru's contest winner, Garlin Sproule, also took the 2011 Subaru STI featured in the movie "Born to Race" for some good runs out on the track.

Official Subiefest Media Partner, DSPORT Magazine, selected the 500 horsepower Cosworth powered and Godspeed built Subaru GDB (code for 2004 and up) Impreza of Arizona resident Jeremy Cappos for the Subiefest Car Show Editor's Choice Award. The car show award for Best Overall went to Umair Zubair and his 2005 White Legacy. Designed for SEMA, the Legacy required personal collaboration with manufacturers and had many rare parts, including a Cusco blue bolt-in roll cage which had never been release for any Subaru. The interior was hand-dyed and fabric custom stitched to recreate the rare black interior look. All in all, there were many other parts that aren't publicly available, but he went to great lengths to get them custom fabricated for his Legacy.

With 2011 in the books, Subiefest looks toward 2012 to add even more targeted activities for Subaru owners to connect and make friends. This commitment to the enthusiast has made Subiefest the largest show of its type and has fostered huge growth year after year. Subiefest thanks its owners, vendors, and sponsors and looks forward to seeing everyone next year! 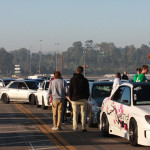 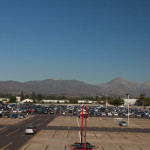 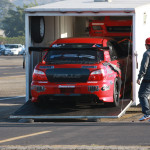 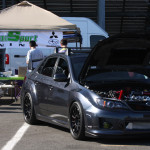 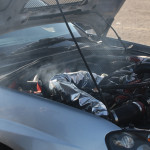 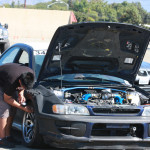