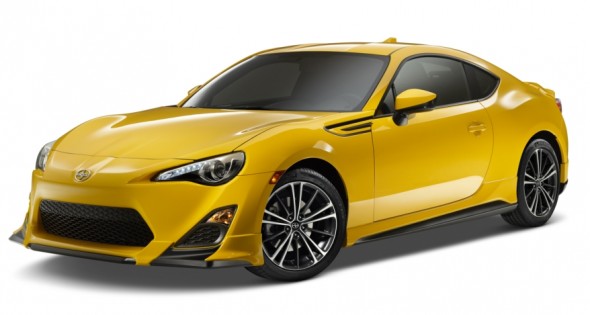 From its arresting Yuzu exterior paint and full aerodynamics kit, to the GT86 Black seats with FR-S signature T-pattern inserts, the 2015 Scion FR-S Release Series 1.0 radiates pulse-pounding driving fun. And it has arrived in Canada in limited quantities, so there’s no time to hesitate.

“The Scion FR-S Release Series 1.0 is a beautiful performance machine: We think it’s one of the best packages we’ve ever put together for a Scion,” said Cyril Dimitris, Director of Scion Canada. “With exclusive exterior and interior details, our first limited edition of the FR-S is a head-turning take on the authentic sports coupe.”

The 2015 FR-S Release Series 1.0 is immediately recognizable by its eye-catching Yuzu exterior. Curb appeal and performance are both enhanced with a full aerodynamics package and three-piece rear spoiler from TRD – the Scion/Toyota in-house tuning division. Closer inspection reveals additional details, including a TRD side fender garnish, HID headlamps with LED daytime running lights and a TRD quad-tip exhaust system.

Inside, the FR-S RS 1.0 is designed with performance driving in mind. A thick, leather-trimmed TRD steering wheel provides a solid grip for confident cornering, while a leather-trimmed TRD shift knob enhances gear changes through a six-speed manual transmission to tease out every ounce of driving enjoyment from the 200hp horizontally-opposed 2.0-liter four-cylinder engine.

Available in limited numbers, the Yuzu-yellow 2015 Scion FR-S Release Series 1.0 is now on sale in Canada, at a starting MSRP of $32,565. For full features and specifications, photos and more, visit www.scion.ca/frs. 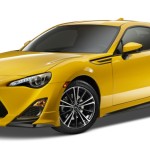 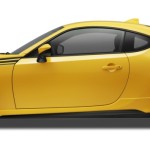 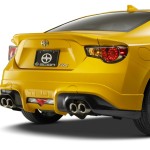 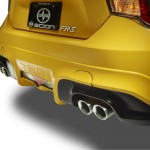 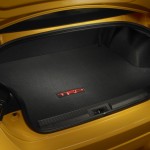