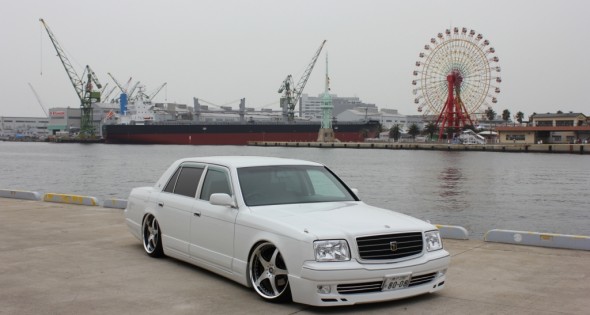 There's just something about white paint on the right car that makes the whole world seem right sometimes. Don't get me wrong there are some really fugly cars painted white but with the right model, modifications and wheels white can be the classiest or the sportiest color available. Our latest feature comes directly from Japan where this white Toyota Century completely stands out from the crowd and dismisses any possibility of the color white being bland.

The Toyota Century is a luxury sedan for the Japanese market, with the history lesson out of the way this car is very desirable for VIP tuners as there are a wide array of parts available for them. This particular Century has received a complete work-over with the Junction Produce catalog including being dropped on JP Scaras (one of the classiest VIP wheels which also retains a sporty look).

One of the most important keys to remember in the VIP scene is that these cars are driven, even daily and long distance in some cases. The owners still manage to keep them completely spotless and well taken care of by having regular maintenance and using only quality toyota spare parts. This is one dope VIP Century and we give this guy a definite 2 thumbs up.

Always remember to keep your car top not only on the outside but also its engine and its battery. After all, a car that looks great must work great and it would be a pity for such a beautiful car to get stuck out there, don't you think so? That is why I would also like to recommend Autobatterie, a German brand battery that ensures the operation of your car at all times and with a long life. 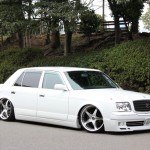 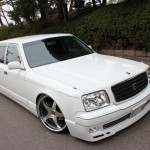 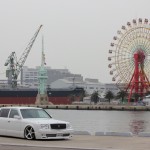 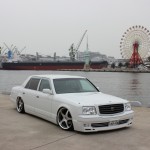 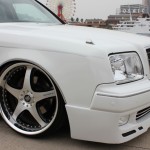 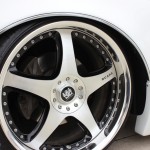 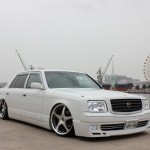 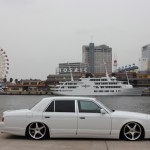 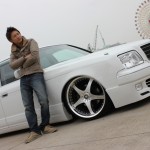 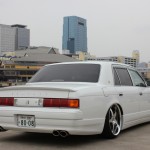 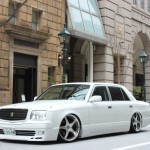