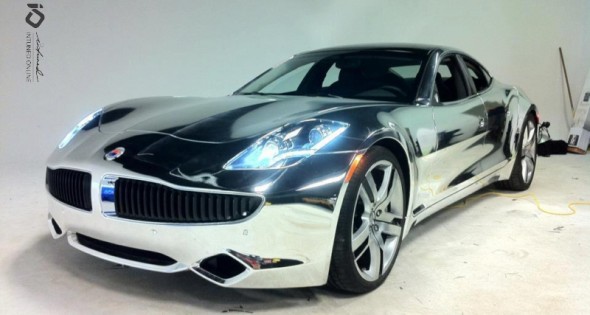 Xpoze.ca has done it again with another show quality vinyl wrap; this time in chrome. The car, well let's just say it's not something you see every day. Sitting at 403HP with an achievable 100/MPG fuel consumption is the 2012 Fisker Karma. For those not familiar with the Karma, the car was built with three things in mind: style, performance and foremost the environment. A few of the car features include a solar paneled roof and a recovered (fallen, sunken or rescued) wood interior. The Karma is definitely the future of sports cars and thanks to Xpoze it looks more futuristic than ever. 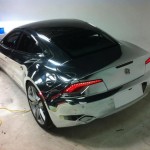 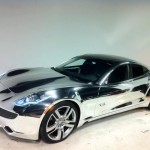 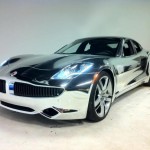 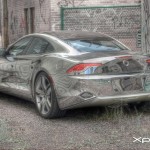 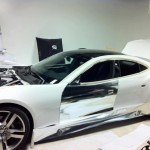